And Maybe Learn About Bats While You're At It 🦇 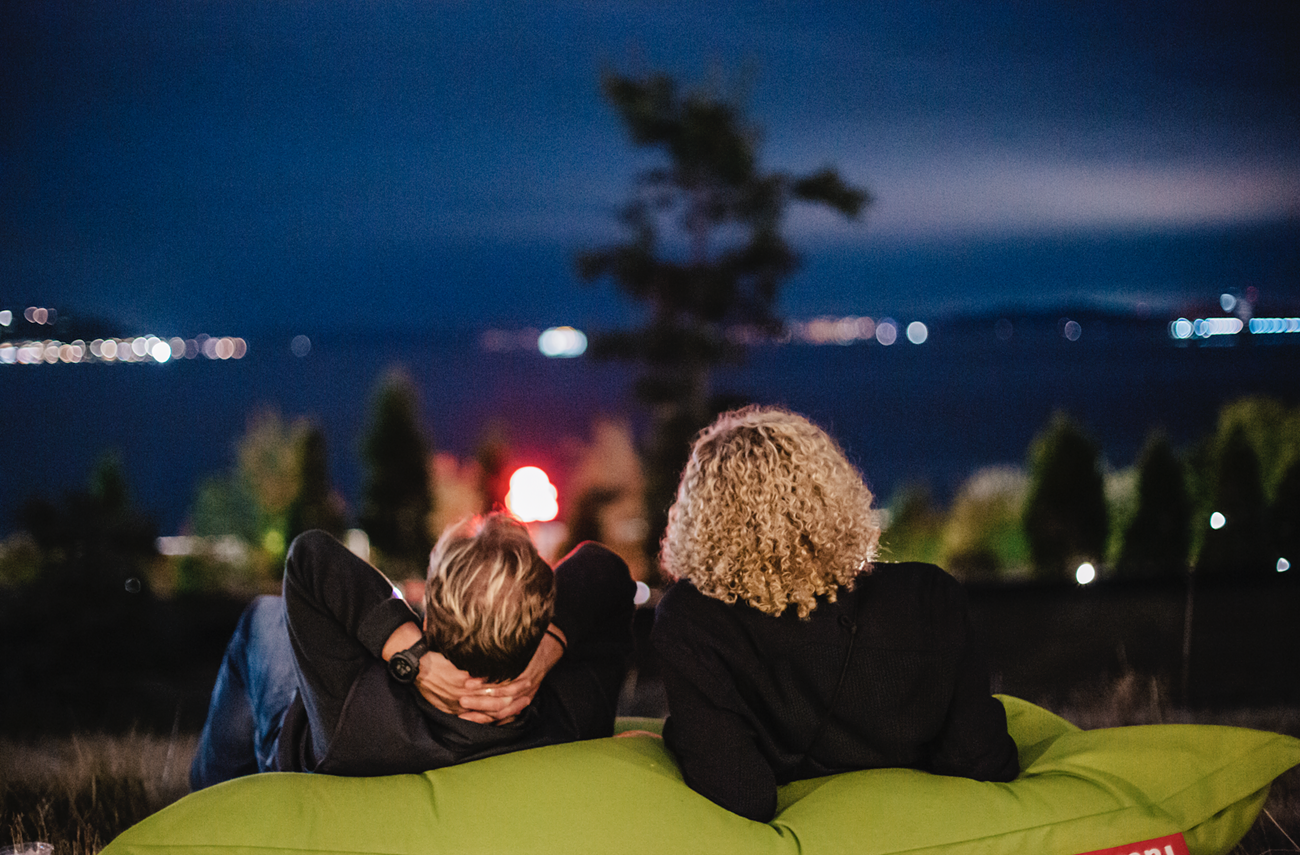 This could be you. Courtesy of SAM

As summer comes to a close, we start running out of warm nights to commune with one another under the navy sky as the days becoming shorter and PSL brain begins to take hold. Enter SAM Remix. Three times a year, the Seattle Art Museum hosts a somewhat debauched night of art, performance, and draaaanks for the grown folks in the city to get up close (but not too close) and personal with the museum's collection.

This particular SAM Remix takes place in their Olympic Sculpture Park, where visitors get to swirl plastic glasses of wine while they gossip on the Louise Bourgeois eye benches or exchange cheeky kisses underneath an Alexander Calder. All as the sun throws up its pinks and oranges as it slips into the abyss behind the jagged horizon. Pure romance!

Oh, yeah, and there are performances, live music, and other "creative encounters," too. DJs Gold Chisme and Wax Witch will stand behind the decks, spinning disco, funk, and house tracks. Dance companies MALACARNE and Whim W'him will bend, shake, and roll their bodies in site-responsive performances. Artist Nina Vichayapai will present a cloud-seeding interactive sculpture, visitors can contribute chimes to Paige Pettibon's jingle-dress-inspired Sound of Medicine structure, and Kate Clark will give away tarot decks and free readings (first come, first served). And there will be a My Favorite Things tour centered on BATS (seriously), courtesy of Woodland Park Zoo's Bat Program. As Stellaluna would say, EEEEEK! Plus, lots more!

SAM Remix at Olympic Sculpture Park goes down from 8 pm to midnight on August 26. The event is 21+ and tickets range anywhere from $25 (for SAM members) to $45. Dress to impress (my directions, not theirs).