These Council Members Swing Both Ways! 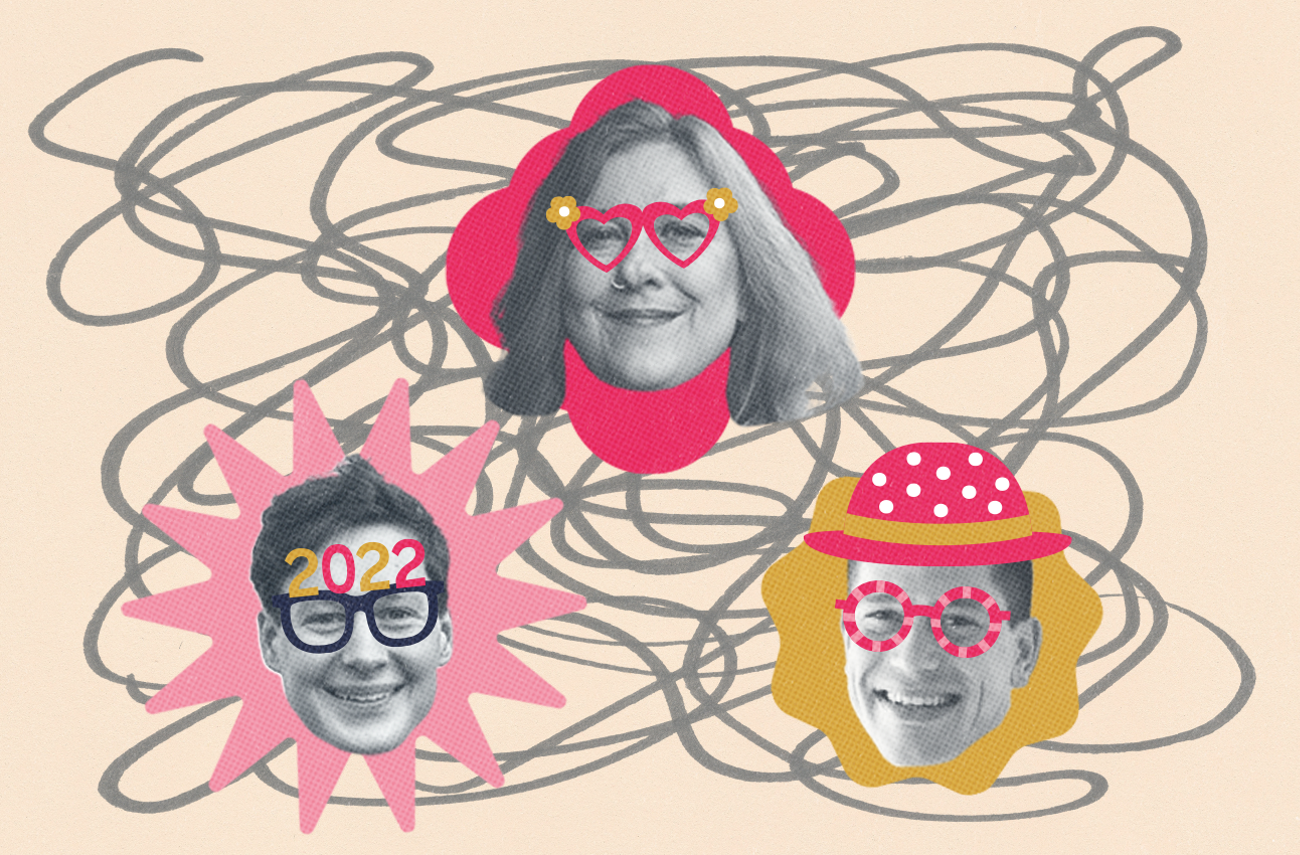 The most interesting voters on the council had their highs and lows this year. Anthony Keo

A few weeks ago, the Seattle City Council held its last meeting of 2022. Sure, the council didn’t end the year with a bottle of champagne or a ball drop, but the members certainly had moments that warranted champagne and constituted as dropping the ball. We already looked at those moments for the three most progressives members, but the more nebulous moderate block deserves some end-of-the-year reflection, too. (I’m saying “moderate” relative to other members. Don’t be so sensitive, jeez.) Here’s the highlights and lowlights for the three middlemost council members: Council Member Lisa Herbold, Dan Strauss, and Andrew Lewis.

Council Member Lisa Herbold, who represents West Seattle and South Park, had a busy year as Public Safety Chair trying to keep Nelson from jumping the gun on hiring bonuses, appointing a new chief of police, and trying to keep the cops from tricking people. As previously mentioned in yesterday’s story, she fought for human service workers’ cost of living increase. She also helped shore up abortion access in Seattle and passed legislation to improve working conditions for gig workers (we’ll get to that).

But one of her most tangible policy wins came during budget negotiations when she preserved life-saving first responder resources.

When the West Seattle Bridge closed in 2020, the Seattle Fire Department added an extra ladder truck at Station 37 in Roxhill and a new medic vehicle at Station 26 in South Park to serve the then-cut-off peninsula. The additions sped up fire and medic response times, but Harrell’s budget cut funding to keep the new ladder and medic vehicle since the bridge had reopened.

Herbold argued that, even with the bridge, the first responder resources remain imperative. As she wrote in her newsletter, without the new ladder truck, only one other truck remains to serve all of West Seattle. Delridge, Arbor Heights, and South Park would also get screwed over in losing the newly added first responders.

With the help of Council Members Alex Pedersen and Lewis, Herbold secured funding to continue that life-saving service in her district.

Now, Herbold only has one year left to do as much as she can for her district and the whole of Seattle. She announced earlier this month in a newsletter that she will not seek re-election in 2023. Her reasoning left a sour taste in the mouths of many progressives and lefties in Seattle, constituting a low moment for this year.

Herbold said she would clear the way for a new progressive, instead of running herself, for fear of falling through the middle of challengers from the left and right like former City Attorney Pete Holmes did in the 2021 election. Seattle Twitter (including me) clowned on Herbold for throwing in the towel because of murmurs of a possible lefty challenger instead of just running a good campaign and using her incumbent advantage.

Strauss, who represents Ballard, Crown Hill, and Greenlake, will be up for reelection this year. He’s somewhat of a swing vote on the council, so he’ll have to answer for the issues he disappointed the left and the right with, respectively. But it's clear in his shining moment of 2022, he pleased at least one important stakeholder—urbanist Twitter.

In the last meeting of the year, Strauss finally extended his COVID-19 era policy that exempted some affordable housing projects from the long, tedious process of design review. With the help of Mayor Bruce Harrell and Council Member Teresa Mosqueda, he also set the stage to make the exemptions permanent, which the City anticipates will speed up the production of affordable housing. It’s a long time coming from good ol’ Ballard Dan, but it’s a big moment nonetheless. Strauss also passed some other cool land use policies, according to the Urbanist.

In October, Strauss attempted a media blackout at a public safety forum at the Taproot Theatre in Greenwood.

As KUOW reported, the forum attracted a full house, but press could not attend. Taproot’s artistic director said it was so the panelists and audience members could be “candid.” Even further, Strauss said he did not want anyone recording the meeting and, eventually, the artistic director said she would kick out any violators. Obviously,people thought it was weird as fuck.

In a statement issued two days after the event, Strauss explained that he thought the organizers could “create a safer, more candid space if they ask[ed] people not to record.” He apologized for suggesting that.

His stances can be noodly. You can’t pin him down with the progressives or the conservatives. We’ll see how he handles challengers who align more strongly with one side or the other.

Council Member and podcast host Lewis, who represents Downtown, Queen Anne, and Magnolia (for now), chairs the Public Assets and Homelessness Committee. Unfortunately, he hasn’t found a way to reign in the sweep-happy Mayor, but as chair of the parks district board, he put forward a very bold proposal for the Seattle Metropolitan Park District’s six-year funding plan. The Urbanist reports that of the three proposed spending plans, Lewis drafted the “most ambitious,” and the most expensive.

He broke his plan down into three parts: Clean, green, and accessible for all. The plan would “dramatically increase” park and bathroom maintenance. As for climate investments, his plan would pay for more trees and turn community centers into “climate conscious” buildings. Lastly, the plan would expand accessibility to working-class families outside of downtown by doubling the Equity Fund to $3 million a year, which bolsters park fundraising for poorer neighborhoods.

The council passed his proposal (with a few amendments) in late September.

But this year he didn’t always push the envelope. This year, he gutted his own policy to ensure app-based workers earn minimum wage.

Lewis and Herbold worked with gig workers for almost a year to build a policy that would require DoorDash, InstaCart, and other huge corporations to pay their app-based workers minimum wage. In a last-minute twist, Lewis broke ranks with Herbold and voted with the council’s most conservative, pro-business members to water down the legislation, excluding thousands of workers.

Lewis said he voted to exclude workers who sell their labor (think TaskRabbit and Rover) to take the temperature down so as to not piss off the companies. He also said that differing business models made it difficult to include everyone under one bill, but he’s interested in making a law to ensure the workers he dissed get a minimum wage, too. Lewis has not introduced a law to do this, but in a recent message, he told The Stranger he can get it done in the first quarter of next year without any gap in when the protections start between the two groups of workers.

These three council members kept Seattlites on their toes in 2022. Sometimes they voted with the left, sometimes with the right. Sometimes they try to kick the media out of their events. Whatever you think of these council moderates’ performance this year, the new year is a perfect time to pester your representatives on the council with some New Year's resolutions (i.e. don’t vote against workers and keep up the good work on firetrucks.) And if Lewis and Strauss don’t live up to your expectations, you can vote them out in 2023.