Kids and Gummo Get Away with a Lot 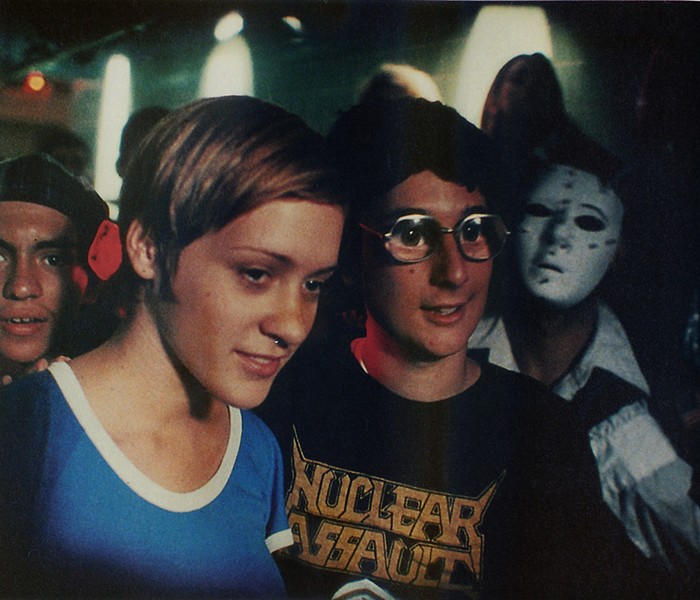 Chloë Sevigny as Jenny with screenwriter Harmony Korine, who makes a cameo in Kids as raver Fidget. Courtesy of Shining Excalibur Films
Unstreamable is a weekly column that recommends films you can't find on major streaming services in the United States. This week: Kids, Gummo, Croupier, and Cartoon Noir. Read our other recommendations here.
KIDS
USA, 1995, 91 min, Dir. Larry Clark 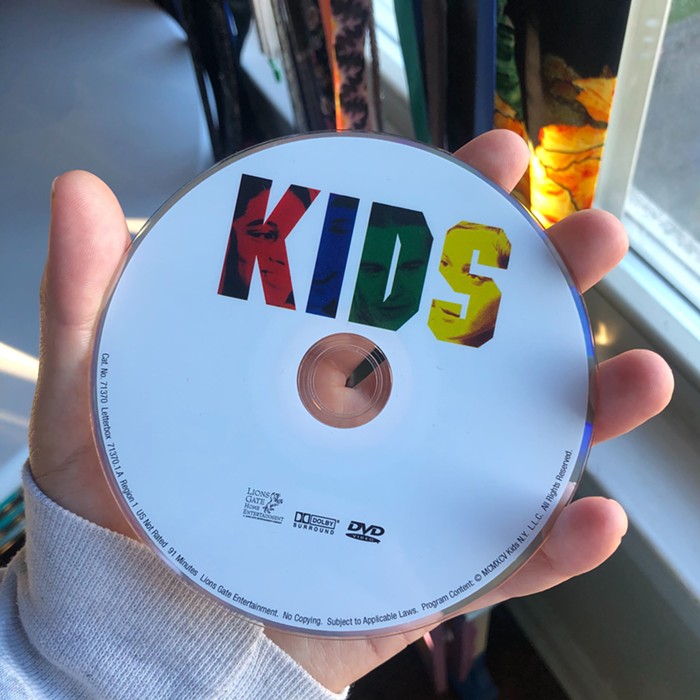 After this finished playing I felt so NEGATIVE. CB
While I'm not advocating that a film's purpose is to soothe or comfort, I'm also not okay with straight guys getting away with terrible shit by pretending that shit is "edgy." And in Kids, I think they (screenwriter Harmony Korine and director Larry Clark) get away with a lot. The film's lack of thesis and use of realistic sex/rape scenes provides no medicine to the wound it gives the viewers, offering nothing interesting to declare about the problems it presents to us. Instead it only sticks the knife in deeper.

In a 1997 interview, scholar bell hooks smartly called out the conservative strategies that make up the visual politics of the film. "It's just another sad moment where people are seduced by transgression in and of itself, as though transgression makes you radical and not what you are transgressing in service of." SAY THAT, Ms. bell.

I'd go as far as saying that the film's sympathies lie not with its rape victims, but with its perpetrators. Boys will be boys. Its frequent camera pans over young girls' bodies and indulgent scenes featuring sexual assault force us to look for the sake of looking.

It's also worth noting that the Weinstein-owned Miramax bought the worldwide distribution rights to Kids. But because the company was owned by the Walt Disney Company—which, until 2019, had a "No NC-17" policy—Harvey and Bob Weinstein were forced to buy the film back, releasing it under a one-off company called Shining Excalibur Films. As far as I can tell, the Weinsteins still personally own the rights to Kids. And given how Harvey's career is going, I'm guessing Kids will be collecting dust in their spooky vault, right next to Dogma. JASMYNE KEIMIG 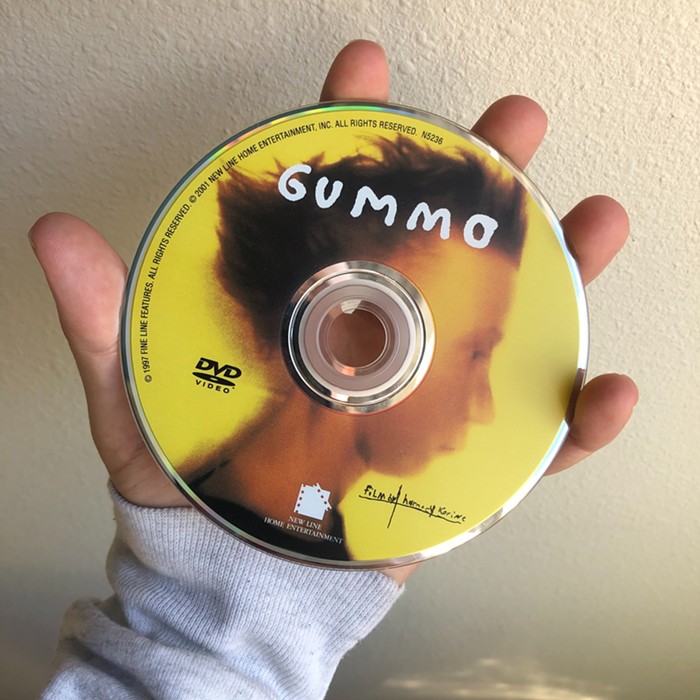 I want to hug a cat. CB
My introduction to Gummo was through its character Bunny Boy, a mute teen who bums around town wearing only pink bunny ears, shorts, and tennis shoes. My partner, who loves the character, got a tattoo of Bunny Boy on his arm. My days start and end with looking at Bunny Boy. But I resisted seeing Gummo. Watching Harmony Korine feels like a chore. Unstreamable finally made me do it.

Considering Gummo's entirety, it makes sense why Bunny Boy is its defining image. Every other character in this town seems to live in abject misery. Cats are senselessly murdered, little kids spit on queers, and grannies wallow in poopy diapers. It's Trump's America. There are moments of genuine spectacle, but the ongoing freakshow feels, like Kids, exploitative.

Gummo almost reminds me of two things: First, of Penelope Spheeris's outcasts, like in her Decline of Western Civilization trilogy. But it lacks what makes her films so watchable: With Spheeris, her counterculture conspires to make a utopia. There are dreams. With Gummo, everything is a wreck. The characters are casualties of a disaster. Secondly, it reminds me of growing up in rural, rural Idaho—but even in Idaho villains had motivation. Dignity. Gummo's morality resembles a twister's. Which, I guess, is its repetitive point. CHASE BURNS 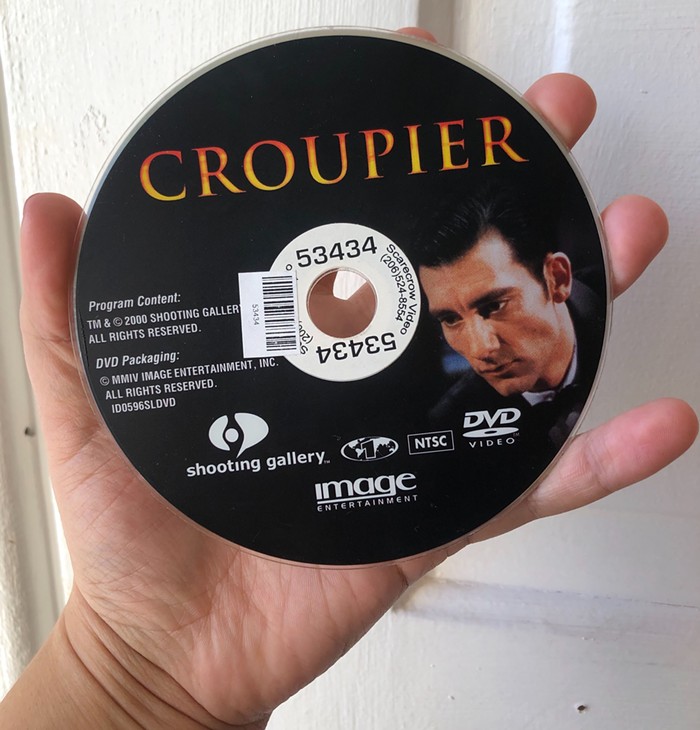 A classic Clive Owen movie. If that category really exists outside my own head. JK
I'm on a neo-noir kick lately. Sometimes you just need to dig into a Clive Owen film. And boy is Croupier a good one. It introduced the brooding young English actor to an American audience, as a tuxedoed croupier (card dealer) in a casino in London. Day is hard to come by in this film; most of the action takes place at night or in the windowless, underground casino. The walls are covered in warped mirrors that resemble molten silver. The felt on the card tables is an unsettlingly purple-blue. Owen as Jack, a down-on-his-luck writer with a preternatural gift for dealing, is cool and immutable; a bit misshapen but attractive, observant, and deeply self-involved. He's a Gemini so he's charming, the type of dude where women just appear naked before him. The seediness of the punters (gamblers) and a life lived at night are all fodder for his book, which is encapsulated as voiceovers in the film. My favorite thing about Croupier is the sound of the different games: the chips stacked on the tables, the rattling of the marble ball spinning in the roulette wheel; the clip of the cards dealt in front of players. This movie is perfect for your post-Thanksgiving coma! JASMYNE KEIMIG
Available for rental on DVD at Scarecrow Video and Seattle Public Library.
***

More than ever, we depend on your support to help fund our coverage. Support local, independent media with a one-time or recurring contribution. Thank you!
Contribute
CARTOON NOIR
USA, 1999, 83 min 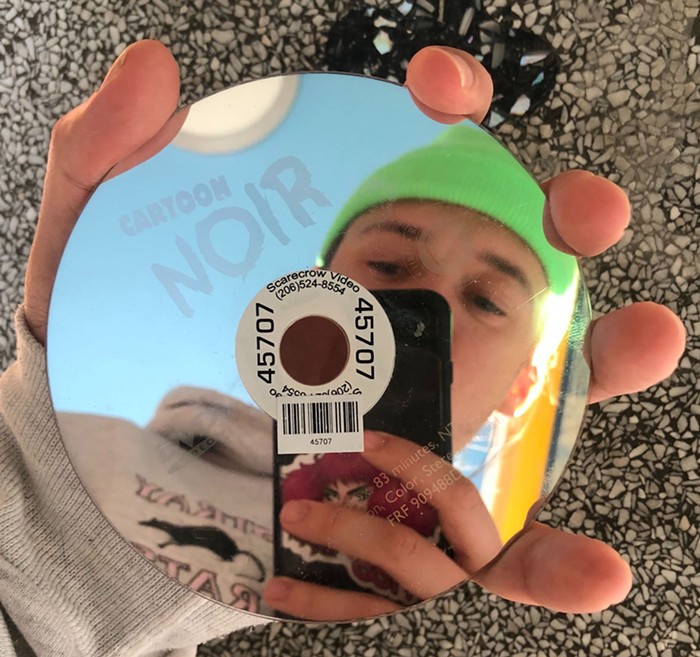 How many details can I fit into one pic? CB
Jasmyne is on a neo-noir kick, and I seem to be stuck on animation. Last week it was Italian animation, and a few weeks before that it was anime. (It's often anime—I'm sorry if that isn't your bag.) This go-around, my obsession is legendary animator Suzan Pitt, who passed away earlier this year. I briefly wrote about her on Slog this week, about how Criterion Channel is offering a rare and limited chance to view seven of her films, but I wanted to dip into other ways of watching Pitt's work.

Unfortunately, there aren't many. It's a shame her masterpieces—and really, her shorts are masterpieces; each took years to make—aren't easily available. There is, however, the solid Cartoon Noir, a feature film anthology of six animated shorts from around the world, released in 1999. The jewel of the collection is Pitt's Joy Street, a surreal journey where a suicidal woman's ashtray transforms into a Mickey Mouse-type creature who takes her on an adventure through the tropics. Other standouts on the disk include Paul Vester's Abductees and The Story of the Cat and the Moon from Portuguese animator Pedro Serrazina. Skip Gentle Spirit. It's more miserable than Harmony Korine. CHASE BURNS

Available for rental on DVD at Scarecrow Video.
The Stranger depends on your continuing support to provide articles like this one. In return, we pledge our ongoing commitment to truthful, progressive journalism and serving our community. So if you’re able, please consider a small recurring contribution. Thank you—you are appreciated!
CONTRIBUTE NOW