"I did everything I set out to do." 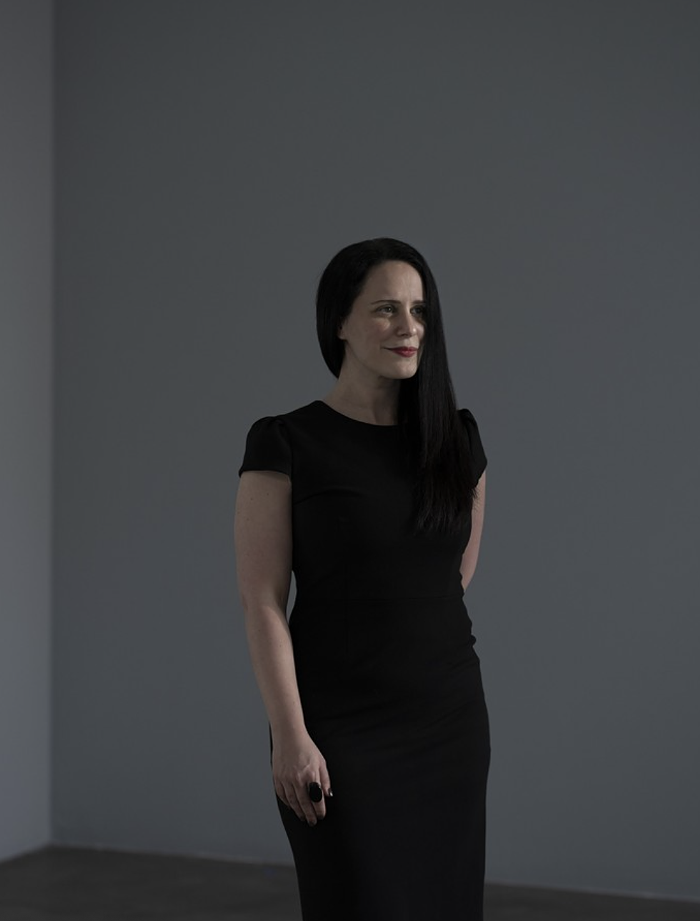 She's headed to the City of Brotherly Love. JUEQIAN FANG
Last week, Emily Zimmerman announced she would step down from her position as University of Washington's Jacob Lawrence Gallery director and curator in early April to take up the job as assistant director at the University of Pennsylvania's Arthur Ross Gallery. As an arts writer in the city, these announcements are never easier to hear!

During her time as the Jacob Lawrence Gallery's first female director, the Philadelphia-raised Zimmerman has overseen excellent work, much of which The Stranger has written about over the years. Like C. Davida Ingram's A Book with No Pages, Clotilde Jiménez's ass eating-themed Apple of My Eye, Marisa Williamson's pre-pandemic Angel of History, and the deep pandemic-era online and IRL exhibition Lux Aeterna that featured Stephanie Simek's art by post. In a press release, UW’s School of Art + Art History + Design said they would soon "launch a national search for her replacement," but they will have a difficult time replacing her particular eye and panache for curating stellar artists who push the boundaries of ideas and form in their work.

I met up with Zimmerman over coffee this week to pick her brain about her time at the Jacob Lawrence Gallery and the state of arts writing in the city before she sets sail back east.

We pruned and condensed this interview for clarity.

The Stranger: You came to Seattle seven years ago from New York to work at the Henry Art Gallery before moving over to the Jacob Lawrence Gallery (JLG) in 2017. Having lived on both coasts–east and west–who does it better?
EMILY ZIMMERMAN: *Laughs* Philly will always have my heart, but one of the things that I will carry with great pride with me from Seattle is that I learned how to stand up for the things I believe in here. And I learned how to insist on certain ethical standards. That is a gift that you cannot take away.

During your time at JLG, what was your main priority curatorially?
When I landed in 2017, there wasn't a full infrastructure for supporting the type of work that JLG should be doing. So my work has all been towards building that infrastructure. And really the last piece of that infrastructure is leaving. None of my work makes sense unless I complete it by walking away and handing it off to someone else.

And what has that focus on building infrastructure led to?
Increasing the gallery's endowment, getting the gallery W.A.G.E. (Working Artists for the Greater Economy) certified so that it has a kind of ongoing commitment to paying artists ethically. And then also thinking about the kind of human resources infrastructure that the gallery needs in order to do its work ethically–making sure that the director's salary came up to a certain level and that there is an awareness that certain staffing positions needed to change. And then also just kind of building links to the right kinds of contractors that could advise on the work to create a full team.

Zimmerman standing in front of Evan Roth's multichannel video "Landscapes," a piece in the Lux Aeterna exhibition. Berette S Macaulay
What’s been your proudest accomplishments during your five-year tenure?
One of the things that I'm really, really proud of is Lux Aeterna. That was an exhibition has sat with me for 20 years and it was a very complicated exhibition. But I love it for all of its complication.

What do you mean by complication? Like the fact that it was scheduled to happen when the pandemic happened and so you had to retool it?
It started out as a straightforward premise that was commissioning new work for obsolete media platforms. And then because it got rescheduled and it was mostly commission-based, the artists were working through the pandemic and our relationship to technology as they were making this new work about technology. It became a far greater, more knotty, entangled set of interrogations of everything from big tech’s relationship to the earth to platform capitalism to Dan Paz’s work around her father’s image.

I also feel proud of the last Monday. That has contributions from everyone, from [Oakland-based artist and curator] Astria Suparak to [UW associate professor] Lauren Berliner and [Seattle-based curator, artist, and writer] Berette S Macaulay...

And speaking of Monday, a lot of the work that you've done has been around art criticism and writing. You published six volumes of Monday, a biannual arts journal of critical writing, over the course of your time at JLG. What's Seattle missing when it comes to arts writing?
I like to think of art production and art writing as two sides of a conversation–that writing helps you see better. It helps create value, create meaning–it can be contested values, contested meanings. But in that dialogue and debate, we really refine what the stakes are in the production of artwork. I think it's popular these days to say there's no such thing as a Marxist object, even art production falls under the umbrella of capitalism and participates in those systems—and that's true. But it also creates space for other ways of being. And in that dialogue and debate, I see the doors being held open for other ways of being…So the stakes for losing that are more narrow tracks by which we can be—which is a profound loss.

And will Monday continue in your absence?
*Makes a crying face* It's uncertain.

Why leave now?
I did everything I set out to do, to pave the way for a BIPOC director of the Jacob Lawrence Gallery. My work over the last five years doesn't make sense unless I leave. I’ve been in the position for five years, which is a timeframe that in certain contexts has been cited as a good timeframe for self-imposed limits for white folks in positions.

It's incredibly meaningful to be able to move home to Philadelphia at this moment and go to work for the institution that my father taught at for 25 years. It's so, so deeply meaningful...and I wrote my graduate school application in the Fisher Fine Arts Building. I've loved that space for at least since high school years. So [this decision is] honoring younger parts of myself, too, in this stage, in my career.

And it's a good time for the gallery to have fresh leadership, the endowment is better, the director's salary is improved. The renovation [of JLG] will start in June and will be completed in February of 2023. So a new director can step into a highly professional safe space.

You’re leaving JLG for another university-based gallery at UPenn (Arthur Ross Gallery). What interests you about working in an academic setting?
There's two things. As the daughter of a professor I grew up on a campus, so I think it got into my blood pretty early. And then during grad school [visiting professor at Bard College Centre of Curatorial Studies in New York] Ivo Mesquita said this really beautiful thing that I think is accurate, which is that in the United States, the spaces with the greatest freedom are university art galleries. From my experience that has been true.

What makes arts in Seattle really special in your opinion? What will you miss most about being here and working here?
I would say that it is unabashedly brave about advocating for the rights and sovereignty of individuals in the best way possible. It sets a standard. This kind of ties into a historical understanding of the city as a city of advocacy, that it moves policy forward. We know that politics here are not that, I think, but there are kind of historic cases that can be made. I think it's also important to keep fighting those fights!