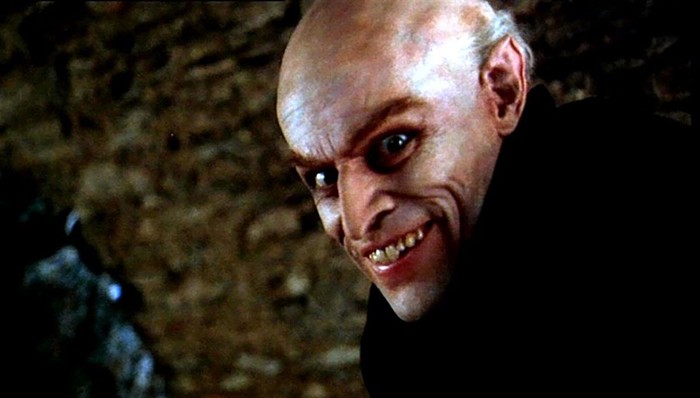 We're back, with friend. LIONS GATE FILMS HOME ENTERTAINMENT
Unstreamable is a column that finds films and TV shows you can't watch on streaming services in the United States.

A GREAT BIG THANK YOU to everyone who participated in our recent Unstreamable survey. After reading all your kind feedback, we're bringing some updates to the column:

📀 A GUEST WRITER joins the team! 🥁🥁🥁 Please welcome to the column... Matt Baume! Our colleague Matt is a pop culture expert and YouTube master with a deep knowledge of US sitcom history. He'll contribute one blurb each week that focuses on a lost TV series. Think of it as a sort of Unstreamable residency. We're happy to have him.

📀 We're adding a NOW STREAMABLE section! Many readers said they live in places that don't have robust public libraries or video stores like Scarecrow Video, so it's extra challenging to find physical media. To be more inclusive, we're adding a fourth spot where we'll re-up one of our 350+ Unstreamable picks that has recently become streamable. This week, we're focusing on Irma Vep, which is now available on HBO Max and the Criterion Channel.

More changes are coming, but that's it for today, baby! Thanks again for reading, and see you at the video store.

Creepy. Lions Gate Films Home Entertainment
I will admit, I have never seen Nosferatu. The first time I ever saw the creepy vampire was during a rather surreal episode of SpongeBob Squarepants. His weird fingers and gaunt face haunted my dreams for nights after. But not having seen the iconic 1922 German Expressionist silent film didn’t stop me from enjoying E. Elias Merhige’s Shadow of the Vampire. The movie is a fantastical—and ridiculous—take on what really happened during the filming of Nosferatu.

John Malkovich plays a version of real-life director F. W. Murnau who secretly enlists a real-ass vampire (Willem Dafoe under heavy makeup) to play the part of Nosferatu, giving him the human name Max Schreck. In return, Murnau promises the vamp that he can eat the lead actress once filming is over. (How does Murnau explain the fact that Max is always in makeup and can only shoot at night? Well, he’s a Method actor. He trained with Stanislavski himself.)

The film is anchored by Malkovich's serious commitment to portraying a director who will do anything to make the movie he sees in his head. And, of course, Dafoe's darkly humorous take on a centuries-old monster is stellar. (Dafoe received an Oscar nomination for this role). Shadow of the Vampire's parts don't always come together well, but it's definitely an underseen gem. JAS KEIMIG

The joy this brings me. The Face with Two Left Feet
This Italo Disco spoof on Saturday Night Fever is the stuff Unstreamable dreams are made of. Created near the peak of Italo Disco's chokehold on parts of Europe, Parenti's glamorous and speedy film features a large cast of friends/discotheque divas who realize their bud looks just like John Travolta. They then hatch a plan to convince everyone he's the real deal. The problem is he can't dance.

Second: A quote from Andy Warhol. At the end of the new Netflix docuseries The Andy Warhol Diaries (which I recommend), Warhol is quoted saying that Saturday Night Fever is "the new kind of fantasy movie." Instead of telling kids that Manhattan is the spot, Warhol muses that filmmakers are now "telling you to stay in Brooklyn... It's about people who would never even think about crossing the bridge. That's the fantasy." I love this quote because it speaks to Face with Two Left Feet. Saturday Night Fever said, "You don't have to go to Manhattan. You can stay where you are." Face with Two Left Feet took that dare and went: "Screw Brooklyn. We'll make our own Travolta." CHASE BURNS 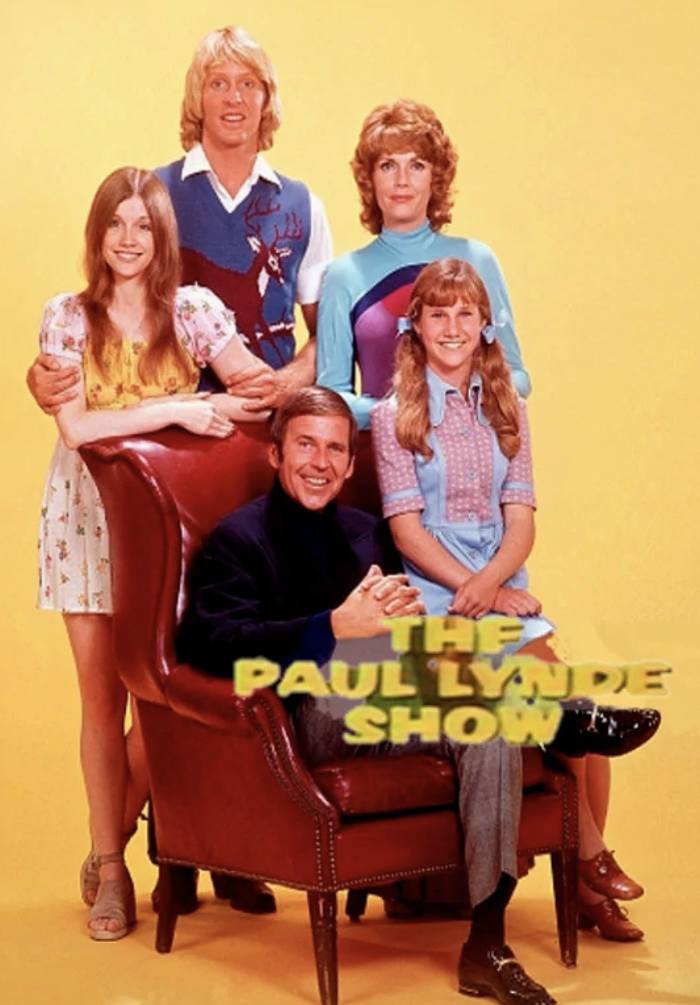 Oh, daddy. ABC
Whoever said “if at first you don’t succeed, try try again” must not have been acquainted with The Paul Lynde Show, one of television’s rare double-flops. Lynde may be familiar to you as snickering Uncle Arthur on Bewitched, or sniveling Templeton the rat in Charlotte’s Web, or the snappy center square on Hollywood Squares; as a comic presence he excelled as a wacky guest-player and in small doses. Alas, Paul longed for starring roles, and thanks to some very fortunate Hollywood connections he got his chance in 1962 with the sitcom Howie, in which he played a hapless father whose daughter marries a hyperactive idiot.

The show (which was based on a successful play by Phoebe Ephron, Nora’s mother) never made it to air, and was regurgitated in a re-shot version ten years later as The Paul Lynde Show at what turned out to be the worst possible moment. By the early ‘70s, lightweight domestic comedies were out; the bold issue-confronting style of All in the Family was in. Paul’s sitcom felt hopelessly passé, even with valiant performances by the entire cast — including Jerry Stiller (George Costanza’s dad) and an extremely young tomboy named Jodie Foster (who had nearly worked with Lynde a few years earlier when she lost out at the last moment on the role of Bewitched’s Tabitha).

There are some genuine bright spots in the pilot: Paul’s comedic instincts shine when he has to uncomfortably sneak into an adult movie theater to collect evidence for a lawsuit, and his mortification at what he sees on the screen is a hoot. But a little of Lynde’s beleaguered yowling goes a long way, and even if the show had debuted under more favorable conditions, its success was probably unlikely — asking audiences to buy him in a heterosexual marriage is simply one flight of fancy too far. MATT BAUME 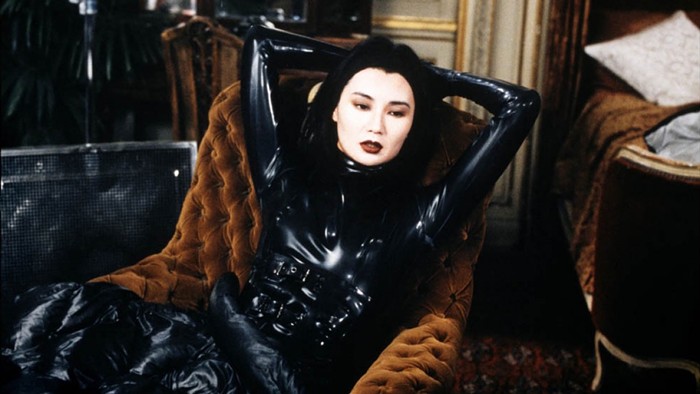 Maggie Cheung spends a lot of time in this latex catsuit. Courtesy of HBO Max
In the Olivier Assayas-directed Irma Vep, Maggie Cheung plays a version of herself, brought onto a frenzied and emotional Paris film set. Despite speaking no French, she's set to be the star of aging New Wave-era director René's (Jean-Pierre Léaud) remake of the 1915 silent serial, Les Vampires. As the titular cat burglar in a latex catsuit, Irma Vep, no less. All the while, certain crew members are completely confounded as to why the increasingly erratic director would hire the Hong Kong actress to star in the movie that’s falling further behind in schedule and quality.

Constructed as a critique of the French film industry at the time, Cheung often finds herself in the middle of petty, gossipy squabbles between the French crew members who spread lies about one another or lambast each other's lack of professionalism. While films-within-films can be a little worn-out, Irma Vep is a delightfully frenetic movie that takes its cues from jumpy, behind-the-scenes documentaries. At turns hilarious and thoughtful, Cheung is its center—curious, good-natured, beautiful, emotive.

In 2020, Assayas announced that he would turn Irma Vep into a limited TV series, eventually placing the project with HBO as a co-production with A24. Hence, the film's streamability on HBO Max. Variety describes the series as a "reimagining" of the 1996 original, but with actress Alicia Vikander in Cheung's role as an American actress working on a hectic French production of Les Vampires who starts to lose the distinction between herself and the role she's playing. The film version is going to be a hard one to beat! JAS KEIMIG

Available for rental on DVD at the Seattle Public Library and Scarecrow Video. You can stream the film on HBO Max and Criterion Channel.