Heat Pumps are the Solution to Our Hotter and Hotter Summers 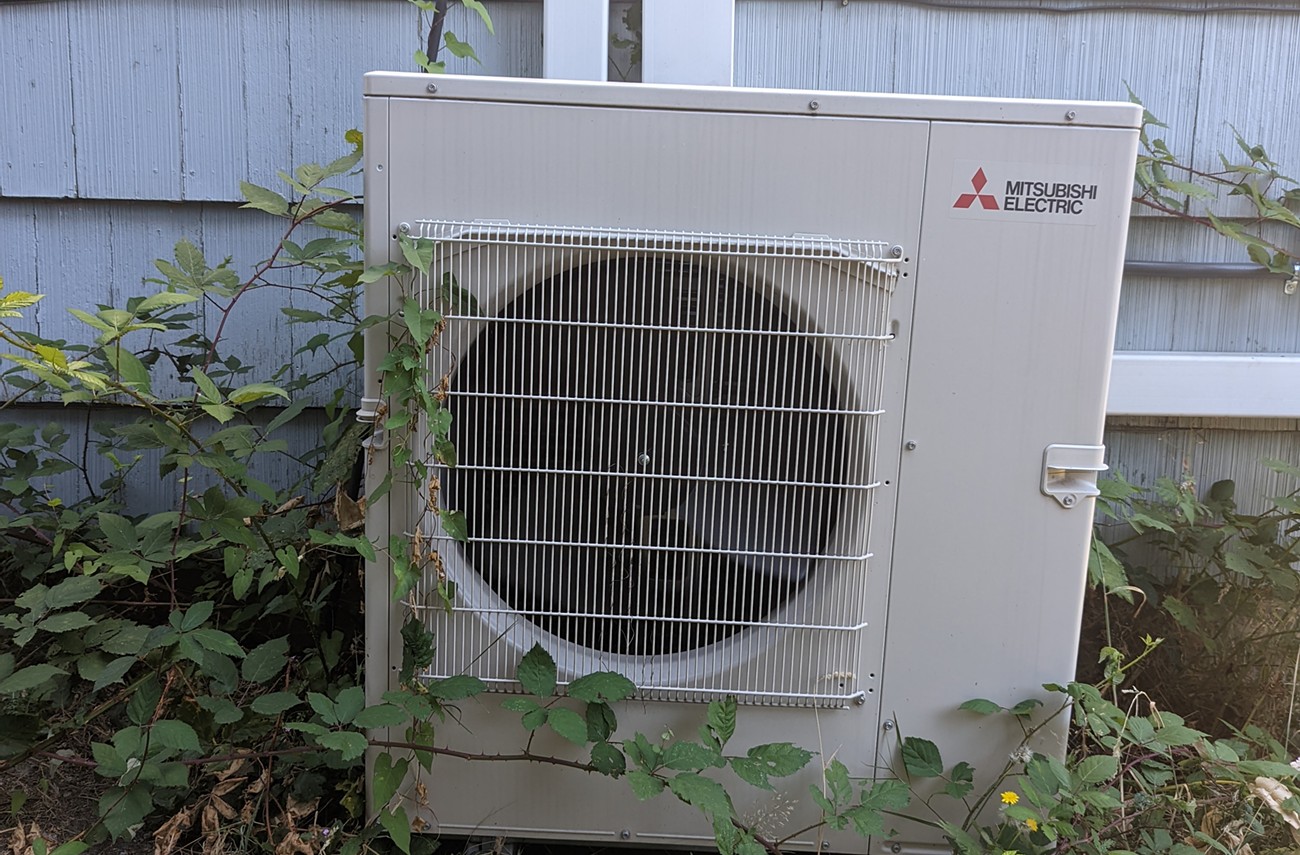 Biden wants you to buy this machine... Charles Mudede

After six 90-degree days in July, four such days in early August, and two more hot and dry days expected this month, the writing is on the wall. Global warming has arrived. We now live not in the anthropocene, but the capitalocene. Compound interest and the warming world are in an embrace that cannot be politically extricated. A big chunk of the US is expected to experience “heat indices above 125 degrees” in a time that can be described as right around the corner.

Seattle will be spared that living hell, but summers here are already more and more oppressive. When I came to this city in 1990s, a summer with five 80-degree days was unusual. In this cooler environment, machines that lessened the temperature of a home or room were practically worthless. We could proudly do without air-conditioning. And indeed, Seattle was one of the “least air-conditioned metro area in the US.” That was then. This is now: “Seattle is a lot more air-conditioned than it used to be.”

Decent chance of getting another 90-degree day in #Seattle Thursday, putting us one day shy of the record 12 days at 90 F or hotter from 2015. #wawx pic.twitter.com/WbbKy1yRIW

If you are with me in time and space, you are experiencing yet another day that could reach 90 degrees. And tomorrow, it’s almost certain we will. Under these excessive conditions, Seattle’s general attitude toward machine-cooled interiors must be revised. We can, of course, still maintain our honorable stance on umbrellas (a true citizen of the 206 does not need one), but the same can no longer be said of AC. Indeed, I do not own an umbrella, but I do have a heat pump that cools my Columbia City home. The heat pump is a cleaner technology that can “reduce environmental and health damages.”

How Inflation Reduction Act Could Save You Thousands

Biden’s Inflation Reduction Act (IRA) includes incentives for homeowners to switch to heat pumps. That’s a big deal, for sure, but it’s still not enough to get the job done. My heat pump cost something like $17,000, and this figure does not include paying a company to remove and clean the area around an old and leaky gas tank. My fear is that the rewards for heat humps are still too small, and as a consequence will be available only to those who have money, or, like me, can afford low-interest debt. Access to this technology, which is now needed in a hotter Seattle, could add to the list of things that much of the working class is excluded from due to cost: healthy food, reduced dependency on cars, the advantages of urban density.

And this brings up the essence of many of the solutions to the present climate crisis in the environmentally friendly side of IRA (it also contains the devil’s bargain of subsidizing “the building of new pipelines, guarantees new leasing of oil and gas drilling”): They are still centered on the market. If this were not the case, then the Fed’s post-fossil fuel investments would be not embody concerns about reducing the deficit and would instead consider a dramatic expansion of transit, really affordable housing, and a considerable reduction of living costs for the working classes. The post-fossil society will be much cheaper—meaning it’s more efficient in the socialist rather than market sense. But a considerable number of the investments found in the IRA are devoted to the expansion of the electric vehicle market and infrastructure.

The fact of the matter is capitalist growth has hit, by all appearances, a limit. Climate change is not a barrier, something that can be overcome. The 2008 financial crisis was indeed a barrier, and the same goes with all other large and moderate forms of interruptions to the 400-year process value accumulation and enforcement. But climate change is another monster. In fact, it’s the first of its kind. It’s not like a war (capital can easily deal with, and even thrive in, that catastrophe) or a strike of the rich (capital has always found a way to rise from a market crash). Climate change is the destruction of the very medium of accumulation. That medium is the Pleistocene, an era of relative climate stability. Try to think about this when you buy a heat pump—if you can.