Where Do Pets Go When They Die? 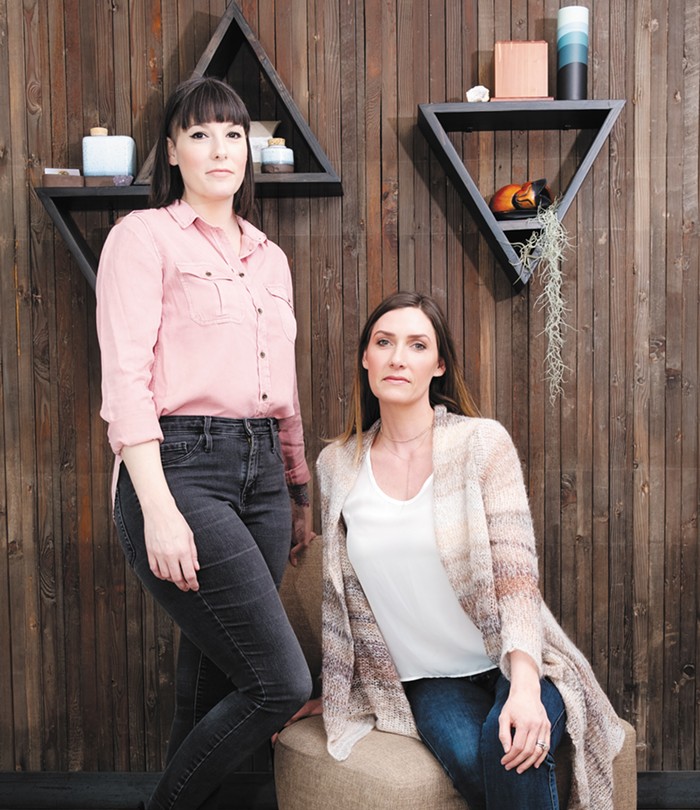 When your pet dies, you have only a few legal options for disposing of the body.

If you own the land you live on, you can bury the animal in your yard, as long as it doesn't create a "nuisance," and the body is demonstrably disease-free, and the plot is sufficiently far away from a water supply. If you're a renter, good luck getting permission from the landlord to dig a grave on the property.

If the animal weighs less than 15 pounds (and you are a monster born without a heart), you can throw its body in the garbage.

If it weighs 16 pounds or more, section 10.08.040 of the King County Board of Health Code states that you can take the remains to a rendering plant, where it will be converted into tallow and protein meal to feed poultry and livestock.

Other options include a plot at the pet cemetery, landfill, or transfer station, but if you choose those last two options, you'll need to fill out a generator's waste clearance application form and have it approved by the King County Solid Waste Division's waste clearance program, by which time you're sure to have spent even more time with your beloved pet's lifeless body than you'd ever dreamed necessary.

Animal funerals are a $100 million business in America, and growing proportionally with the percentage of households with pets (roughly 75 percent, up from 56 percent in 1988). According to a 2012 survey of the Pet Loss Professionals Alliance, approximately 800 pet cemeteries/crematoriums in North America dispose of 1.9 million pet bodies per year, and 95 to 99 percent of them are cremated.

For many pet owners, your humble narrator included, even considering the reality of pet death is emotional, verging on traumatic.

This is why bereaved pet owners often leave the practical arrangements to their vet, and why most vet practices have arrangements with pet cemeteries and/or crematoriums that involve significant markups, upselling of accessories, and hidden costs that may seem worthwhile because what you're really paying for is not having to further confront the fact that an animal you loved, and who might even have loved you back, is no more.

One small business in Seattle offers an alternative method of disposition that is cheaper and more environmentally friendly than the options listed above.

The business is called Resting Waters. It was founded in late 2016 by two sisters, Joslin Roth and Darci Bressler, and it's located in a small storefront with an outbuilding on a semi-residential block in West Seattle.

Though you'd never know what kind of work they do based on the stony mid-century facade of the building, once you're inside, all is tranquil comfort, with a vaguely mentholated scent that tells your body to prepare for a massage. It's not at all like the industrial catalog grief experience afforded by standard-issue funeral homes or the medicinal vibe of the vet's office.

The system they offer customers is known as alkaline hydrolysis. It is a less violent and less invasive but no less final means of reducing your pet's body to what one noted lover of cats once called a handful of dust. Essentially, it is cremation by water instead of fire.

The prices are very reasonable, beginning at $175 for a small pet and ranging upward to $400 for a large one, with low additional fees for more extensive funeral arrangements. All clients have the use of the grieving area—and small tokens of remembrance, like a paw print and a lock of fur, are included gratis.

Roth explained that Resting Waters wasn't conceived merely as a means of pet disposition. "It was always intended as a grieving space," she said.

On a tour of the facility, standing next to a rack with several trays full of small bones, she went down a brief list of bereavement scenarios she has witnessed in the year and a half they've been in business. In addition to the familiar scenes of beloved family and childhood pets, they've also had grisly episodes—including a murder-suicide in which a man killed his 100-pound dog before turning the gun on himself, dogs that perished in house fires, and necropsied animals.

What unites these experiences, she said, is the need for bereaved people to have time and space to move through the always complex process of loss, regardless of the social pressure to feel guilt and shame for loving an animal.

"I always tell people," she said, "that this is no different from any other form of grief. Allow yourself that courtesy. It doesn't matter that they're covered in fur or feathers—I've seen people sob over a hamster. It is a significant loss. We often spend more time with pets than we do with members of our own family. We take care of them, and they take care of us. Pets don't write us off. They keep coming back. You have to give yourself space to grieve, because as a society, we diminish it."

Though Resting Waters does good business, they say they're at about 50 percent of the capacity they can handle. The nearest competition that offers this service is in Bellingham. The second nearest is in Vancouver, Washington.

So if alkaline hydrolysis is so great, why haven't you heard of it? Who ever heard of cremation by water?

I've never fully understood what cremation is, and there's a good chance you haven't either.

In the past week, I've asked a few dozen people what they think happens when a body gets cremated, and they have all said basically the same thing: A slab with a dead body on it slides into a chamber containing a fire burning at 2,000 degrees Fahrenheit. When the slab emerges, it bears a pile of ash that gets swept into an urn. Next customer.

Not so, as it turns out. Body, yes. Slab, yes. Fire, yes. And you can even throw in a cloud of greenhouse gases and a stench you wouldn't want to be within a mile of. But "ash" is something of a misnomer.

The fire mostly burns a body's soft tissue: hair, skin, muscle, organs, marrow. The bones, however, remain largely intact, and must be ground up in a device known professionally as a Cremulator, which is essentially the world's most morbid coffee grinder. It reduces the bones to what we call ashes, but which are better thought of as remains (the technical term is "cremains").

Anyone who has ever held cremains will know why. After years of hearing the euphemism "ashes," it can be disorienting to behold the chunky, rocky, craggy detritus that once constituted the body of someone you knew and loved. It's a little like going to a Northwest beach for the first time. You expect sand, but what you get is a riot of jagged fragments of shell and rock that are horrible to walk on and only resemble sand from a distance.

Alkaline hydrolysis achieves the same result as cremation using water treated with a 5 percent solution composed mainly of lye. The body is placed in a small tank, and over the course of 20 hours, the water essentially hastens the natural process of decomposition, resulting in a protein- and nutrient-rich effluent that flows into the city's wastewater system.

The process—which was developed partly in response to the onset of mad cow disease, and the environmental dangers of burning animals afflicted with it—is, by all accounts, entirely sterile.

As with cremation, the bones remain largely intact and must be ground in the Cremulator before the remains can be swept into a scattering vessel and returned to the owner.

Considering the results are the same, the crucial difference between the fire- and water-based processes may simply be aesthetic. But cremation will always have a big advantage over alkaline hydrolysis, one that makes a lot of difference in any form of business: name recognition.

Roth explained that the biggest challenge of starting her business has been the "education component." Hardly anyone knows what alkaline hydrolysis is, though the numbers of customers who are informed are growing.

Resting Waters uses the generally agreed upon industry branding term "aquamation" in marketing materials. That's probably less forbidding and easier to remember than "alkaline hydrolysis," though it seems less than ideal. It doesn't sound at all like what it means.

Another issue is the fact that the pet death care field is dominated by veterinarians, many of whom have long-standing and lucrative business relationships with established, traditional crematories. But Roth said Resting Waters has made progress, establishing wholesale rates with local veterinary practices and being included more frequently as an option when patients turn to a vet for advice about how to bury their pet.

Perhaps the biggest obstacle of all is simply inherent to the work: A business that deals in death, and pet death specifically, faces the challenge of being something no one wants to hear or think about until they absolutely have to. That makes it hard to spread the word about a new way of doing things without risking a certain ghoulishness, no matter how innovative or salutary the new way is.

"Most people have no idea what we are," Roth lamented, with a mordant laugh. "Not for lack of us wanting them to know! But most people who walk in off the street, because of our name, think we're those flotation tanks."

Alkaline hydrolysis is now legal as a means of human body disposition in seven states. House Bill 1700, currently in committee, would make Washington the next one, which would likely mean no one would ever mistake Resting Waters for a sensory deprivation retreat again.

Obviously, the closer you get to the reality of death, the more susceptible you are to being overwhelmed by the million component parts of bereavement that survivors are required to navigate. This naturally includes a sense of sorrow and loss, but it can extend into literally morbid fascination with the process of disposal, the anxiety about doing right by the deceased, and, perhaps inevitably, the imminence of one's own demise. Once people in this state are put to rest through aquamation, there will likely be an uptick in people who would like to see pets treated similarly.

Meanwhile, Roth and Bressler push onward, eager to educate anyone who's interested about the benefits of aquamation, and "unpack the experience as elegantly as we can." They sponsor animal-related events like Seattle Humane's upcoming Tuxes & Tails fundraiser and the Auburn Petpalooza 5K run, while relying on local press and Google ad words to help get the word out.

Being surrounded by so much grief isn't an easy job, Roth allowed, but providing the service to people who need it is worth the heaviness.

"My cup," she said, "is filled more often than it's depleted."