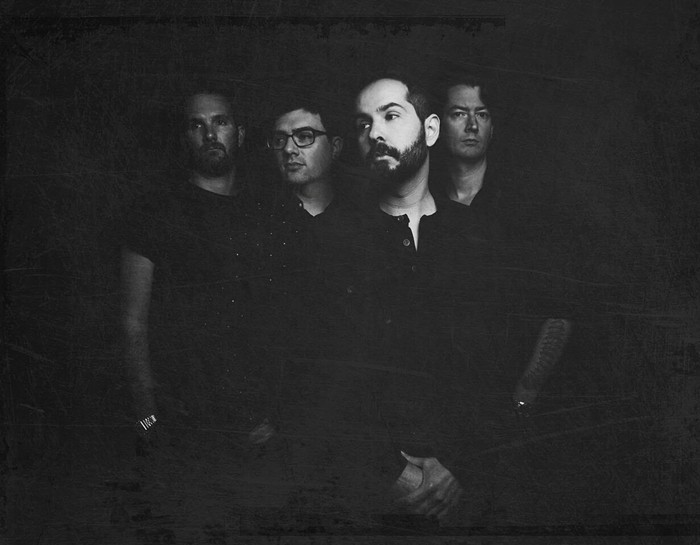 Cigarettes After Sex play the Neptune on April 23.
Sponsored

“When it came out, no one cared about it. Even close friends I had were like, ‘I don't really get this record. I get the older ones, but this seems really slow,’” says Cigarettes After Sex frontman Greg Gonzalez.

The 35-year-old Texas native is describing the music that would eventually become I—the band’s 2012 EP—in a precise, friendly baritone decidedly unlike his willowy singing voice. “In my mind,” he continues, “I thought that was a good sign, actually, because as an artist you kind of want to be ahead of the curve. So when people said that, I thought, this is really good, it feels like something special now."

And while Gonzalez’s instincts were correct, before a YouTube video for “Nothing’s Gonna Hurt You Baby” went viral—“in the way that other things go viral, without any reason, really”—the band was playing “horribly dead shows for one person” in his adopted home of New York City. It was a totally unexpected trip for a song famously recorded in a stairwell at the University of Texas El Paso, but empty rooms aren’t a problem now.

“It's interesting, because when we first started playing, the music felt like it could be very contained, that an intimate setting might work,” he explains. “But somehow, we play these bigger venues and it ends up being really powerful, having more people there, because everyone gets kind of fanatical, which I never expected when we started playing this really soft, slow music. And that feels so good, like the more the merrier.”

While “soft” and “slow” are both accurate descriptions of Cigarettes After Sex’s sound, neither adjective does the sprawling, cinematic grandeur of Gonzalez’s compositions any justice. He says he envisions the songs as “erotic lullabies”—a phrase that’s as provocative as it is accurate. Because this is seductive, decadent music, as intoxicating as extended eye contact, a lover’s warm skin, or a heady nicotine buzz. It’s as comforting as the aroma of coffee in the morning or the sweet sting of whiskey at night, and like their first EP, the band’s self-titled 2017 full-length wraps listeners in an aural embrace aficionados of dream pop icons like Cocteau Twins, Mazzy Star, and Julee Cruise will be loath to leave.

The opening track, “K,” describes the flashpoint when a no-strings fling crystallizes into something more. “Sunsetz,” is a sexy, melancholy, snapshot of a couple's afternoon in a foreign town, and even the haunting “Apocalypse,” with its imagery of crumbling cityscapes and crashing helicopters, manages to feel like a feather bed. That Gonzalez sings in a whisper, the kind you’d use to deliver a secret message, makes his ethereal symphonies all the more hypnotic, and there’s a singular thread that runs through them all.

“The songs that we do are about love,” Gonzalez explains, “every song we do.” When asked about his favorite love songs, he quickly names the “cosmic, crazy doo-wop,” of The Flamingos’ “I Only Have Eyes for You,” and the breathless perfection of The Paris Sisters classic, “I Love How You Love Me,” saying, “the sound of those records and the message is just astounding. Those songs kind of do it all."

Since I was such as slow burn, only two singles—“Affection” and “K”—were released between 2013 and 2017, but devotees shouldn’t worry about waiting another five years for the next album, as the lengthy stretches on tour, and all the stops along the way, have provided loads of inspiration. “We’ve recorded a bunch of new songs in strange locations,” says Gonzalez, before making clear he has no desire to take any “wild left turns” sound-wise.

“I see it more like bands like the Smiths, or going back to the Cocteau Twins, where it's this gradual evolution, where we don't totally change the sound on the next record. It's not something I'd want to do.” Rather, the new LP will be “a widescreen version of the last record,” with more narrative, as he’s primarily aiming to “keep this really good feeling going, and go deeper into it."

It’s a path plenty will surely be happy to follow him down, so check out Cigarettes After Sex at the Neptune—before they’re playing even bigger rooms.