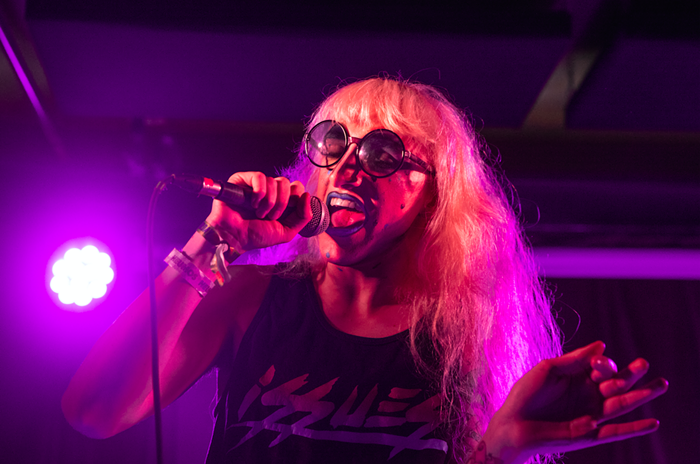 Michete played Saturday evening at Barboza. Timothy Kenney
Last night was the last Michete performance of 2019. As she tweeted a couple of days ago, the Seattle pop star won't be performing outside of her standing spot at MUGZ—Americano's drag monthly—for the rest of the year.

Michete told Barboza's packed-out crowd she was going to take this time to take care of the woman behind Michete, Mimi, and get into a new creative space. And also to get bigger titties.

“It’s our constitutional right to have big titties,” she said. She's right—I remember having to memorize that part of the Constitution in junior high.

Opening with "Touch It," Michete sent a lucky audience member off to the bar to fetch her a vodka soda in a red Solo cup, which made its way back to her in the middle of the song. I'm used to seeing Michete perform for mostly queer audiences, so seeing the majority straight white woman Capitol Hill Block Party crowd soak in a Michete performance was kind of revelatory. All these sorority girls were losing their shit. 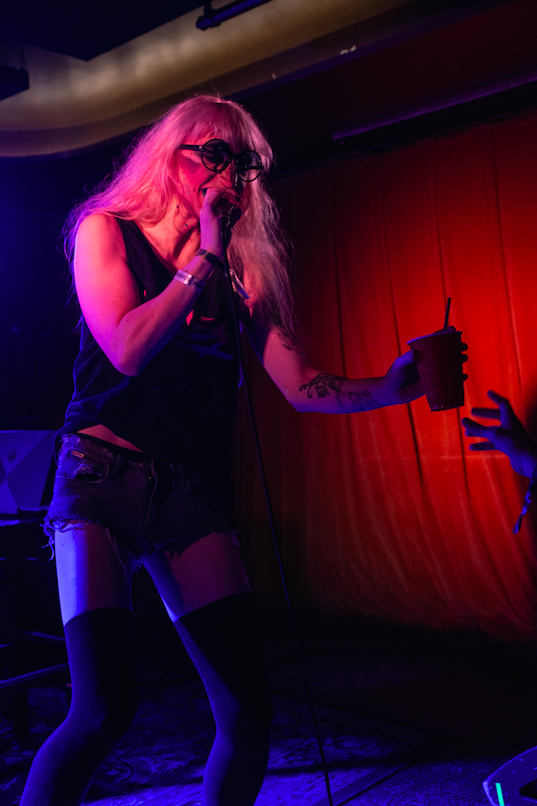 It was also at this moment I realized the impulse to label and slot musicians into being "queer" (something I'm guilty of myself) can limit how we think about their broader appeal. Michete is for everyone, for the people. There are so many people who 1) are "dumb bitches," 2) love to suck dick and 3) love to talk about sucking dick. Drunk sorority girls included. What I'm saying is I think Michete would be a major fucking hit with the girls at Kappa Kappa Gamma or whatever. 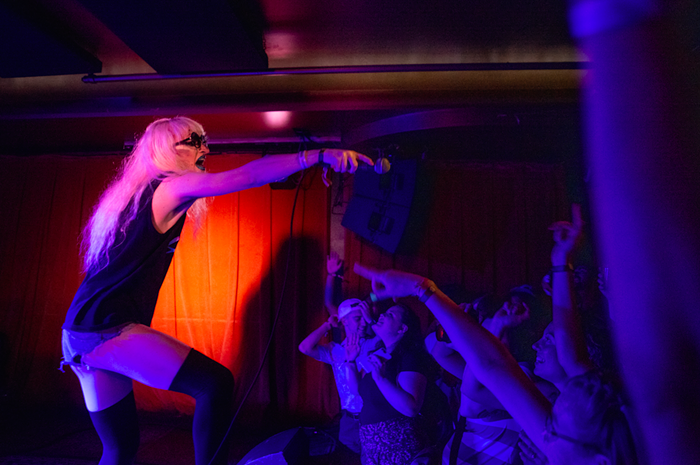 I'm still thinking about the line: "Looking like a treat so you wanna vore me/Get me down on all fours like a corgi" Timothy Kenney
Dressed in oversized sunglasses, cutoffs, and bright blue lipstick, Michete took us through all her hits: "D.L.O.D." (which stands for "Doing Lots Of Drugs"), "Rihanna Kraft Singles," "Miss Shitty," and "Stupid Girl." Throughout her set, she managed to slip in weird, random commentary like, "Did you see the Cats trailer?" (I did, bitch!)

She expressed surprise that so many people would come out and see her after not releasing any new material in two years. Honestly, with the performance Michete gave last night, I'd watch her do the exact same thing every week for the rest of the year.