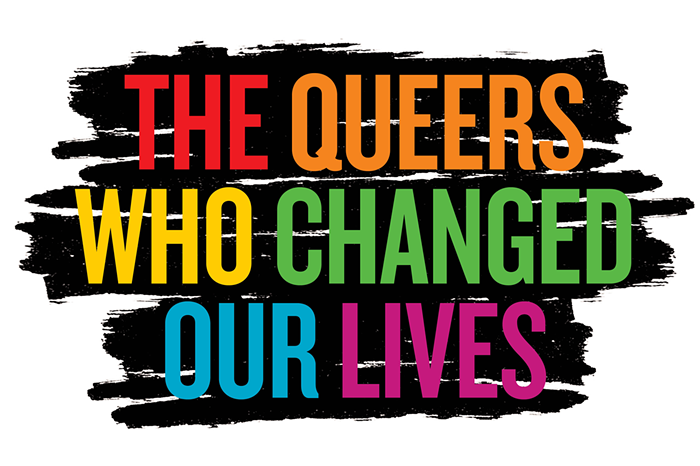 Welcome to The Stranger's Queer Issue, and congratulations on surviving the first half of 2018.

From wedding cakes to transgender soldiers to Chechnya, it hasn't been the best year for queers worldwide. Just for levity, we were going to make this a golden-showers issue, but then someone would have to write about Trump, so we nixed that. Then we were going to do a swimsuit issue, but that's not who we are. Then someone in the office who's distraught about RuPaul's Drag Race winner Jinkx Monsoon recently moving away from Seattle raised a faint cry and said, "Muh-mm-maybe Jinkx Monsoon could reflect on how RuPaul changed her life?"

And the theme of our issue was born. In the following pieces, queer writers reflect on individuals who have changed their lives, for good or for ill.

In "That One Drag Queen," Jinkx Monsoon writes about her six-year-long friendship with RuPaul.

In "That One Roommate," I reflect on the crush that brought me to Seattle, and the gay bashing that followed.

In "That One Filmmaker," Chase Burns recalls the time he met John Waters.

In "That One Parent," Jing Jing Wang writes about coming out in a traditional Chinese family.

In "That One Teacher," Katie Herzog writes about internalized homophobia.

In "That One Writer," Sophia Stephens grapples with sexual assault and shines a light on the work of Audre Lorde.

In "That One Radical Faerie," Marc Castillo pays homage to a septuagenarian artist and one of the original members of the Sisters of Perpetual Indulgence.

In "That One Songwriter," Eli Sanders remembers what it was like to hear a tune on 69 Love Songs the first time.

In "That One Serial Killer," Dan Savage writes about John Wayne Gacy, Jeffrey Dahmer, and an even scarier killer.

In "That One Coworker," Trisha Ready discusses the aftermath of some really bad advice.

In "That One Spouse," Natalie Wood writes about transgender pride.

In "That One DJ," resident heterosexual Charles Mudede pays tribute to one of Seattle's most prominent black, queer personalities, DJ Riz.

Plus: Famous queers throughout history recommend their favorite kinds of weed, Sean Nelson weighs in on the Smiths vs. the Cure, and Oscar Wilde's genius brings down the house at Book-It.

Bonus detail: Every illustration in these stories is the original work of a queer artist, as curated by art director extraordinaire Corianton Hale.

A Message to the City from The Blow