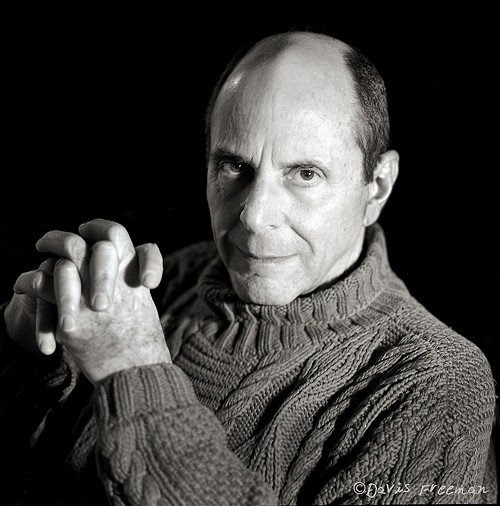 Stewart Stern, a screenwriter most noted for providing one of the two screenplays, Rebel Without a Cause (1955), that transformed James Dean into a 20th-century god, passed away Monday, February 2, at age 92. For many, such as myself, the man's life in Seattle was something of a mystery and even a bit magical. He left a glamorous life in Hollywood, and friendships with the likes of Paul Newman and Tony Curtis, for what pretty much amounted to the sticks—Seattle in the middle of the '80s. He often explained that he moved here because he had a creative crisis, and he also admired the beauty of the region. But no matter what answer he provided, it was hard to reconcile the suffocating ordinariness of pre-Amazon Seattle with his glamorous past.


He was raised among the giants of golden-age Hollywood, got his start writing a script for Fred Zinnemann (director of From Here to Eternity), was nominated for an Oscar on two occasions, and won an Emmy for the teleplay of Sybil. (He also has a screenplay credit for one of cinema's most bizarre films, Dennis Hopper's The Last Movie.) But the fact that he taught screenwriting at the University of Washington, founded the Film School with John Jacobsen (who confirmed his passing), and regularly engaged with the local film community showed he never once lost interest in his art. It was always very much in his blood.

Lyall Bush, the executive director of Northwest Film Forum, had this wonderful thing to say about the man...

The Film Forum played Rebel Without a Cause in 2010 for the 55th anniversary, and we invited Stewart to talk to the audience after it. We gave him a chair and a microphone, and it became one of those nights when no one checks his phone or gets up to use the bathroom for an hour and a half. The theater was sold out, and Stewart talked about the film, remembering all the details of writing the screenplay, from his research into juvenile delinquents to the way James Dean was the one who found the toy to play with in the opening credit sequence (which, for Stewart, was a key to the whole film). He told an associated memory of being in war and seeing how men, on a battlefield, would hold other men the way mothers hold their children. And then he described going to Indiana for James Dean’s funeral, and how, at the house, Dean’s mother invited him to look at the bedroom where James grew up, and Stewart laid down on the bed. The theater was very quiet when he said this, as if everyone was imagining what that must have been like.

Below: An iconic scene from Rebel Without a Cause, Stern's most celebrated screenplay.

Stern was also a big fan of the Woodland Park Zoo—he loved the gorillas and the elephants.